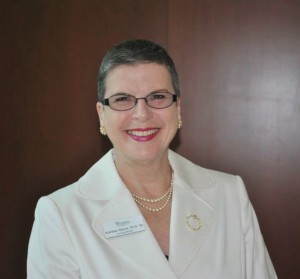 May the words of my mouth and the meditations of our hearts be always acceptable in your sight, O God, our strength and our redeemer.

A couple of weeks ago, we read in the papers and heard on the news that physicists have discovered gravitational waves, ripples in the fabric of spacetime that were first anticipated by  Albert Einstein a century ago.  The British Guardian newspaper reported that the phenomenon detected was the collision of two black holes.  The scientists detected this cataclysmic event using an instrument so sensitive it could detect a change the thickness of a human hair in the distance between the solar system and the nearest star four light years away. It took just 20 milliseconds to catch the merger of the two black holes, 1.3 billion light years away, somewhere beyond the Large Magellanic Cloud in the southern hemisphere sky.

This means—I think—that human beings just detected an event that occurred in the cosmos 1.3 billion years ago.  This for me is stunning evidence of how God continues to reveal God’s awesome self to us in the magnificence and perfection of the creation.  It calls into question the meaning of time and space as we understand it in a way that is both comforting and terrifying at once.  It makes your brain hurt just to think about it, doesn’t it?  But I believe God is pleased that we continue to make progress towards a better understanding of the world in which we live.

So as I was looking up at the night sky recently, imagining the gravitational waves I could not possibly see and all of the other invisible wonders that God breathed into being in the creation of which we too are a part, I thought about the readings for today—the second Sunday of Lent—and it occurred to me that Abraham’s brain must have been hurting too as he looked at the night sky outside his tent near the oaks of Mamre and tried to understand who was this God who came out of nowhere so unexpectedly and chose him for a mission he could not possibly have imagined in his wildest dreams.

In fact, the mission was not even well explained to Abraham—at least at first.  In Genesis 12, God instructed him to leave his home in Haran and go to a land that God would show him.  No specifics were included, but Abraham was faithful and obeyed.  In his book, The Gifts of the Jews, Thomas Cahill wrote that two of the most significant words in human history are:  “Abram went” (Gen12:4).  Abraham’s obedience to God’s command changed everything.

But now, three chapters later in Genesis, Abram and his tribal group have been following God’s directions, moving from place to place, getting into skirmishes with local tribes in the lands they pass through, and Abraham has become a wealthy and powerful chief, but he still does not really  know where he is going.  And he is worried about how he will become the “great nation” that God promised he would be, because he and Sarah his wife are not getting any younger and they still have no children.  Abraham is concerned that he might have missed something.  But God drags him out of his tent, points him at the sky and makes him a promise that his descendants will be as numerous as the stars.

Abraham was looking at the same sky, the same stars, that we see—in fact, the light that left those stars as he was looking at them four thousand years ago still has probably not reached us—and he sees there God’s promise.  And he believes it, and in the end it is fulfilled.

And this is how this story of a Bronze Age middle eastern tribal chief is relevant for us.   If Abraham had not obeyed God and set out for the mysterious land that God would “show him,” we would not be sitting here today in Holy Trinity Episcopal Church in Clearwater.

Abraham’s story, and the other stories of salvation history in Genesis and the rest of the Old Testament, show us that this God who created the universe, spoke it into being, loves us and wants us to be his co-creators.

This is the message for Abraham and the meaning of the covenant God makes with him:  God will keep the promises.  The Bible shows us time and time again the constancy of God’s love through generations.

The Bible also shows us how we humans have tested that constancy of love.  The biblical narrative is full of the tension between God’s faithfulness and our doubt, God’s unimaginable love for us and our inability to trust that God will not fail us.  Jesus’s lament to Jerusalem is addressed not only to that city but to all of Israel and, by extension, to us.  The people of Israel have rejected the Messiah as they rejected the prophets, and Jesus will depart from them, leaving their house to them.

Jesus’s words to the Pharisees in today’s gospel are an expression of his obedience to God’s will.  He is not concerned about Herod and his earthly power; Jesus is exercising his own power through his work of casting out demons and performing cures.  His power is different from Herod’s. He has set his face towards Jerusalem knowing that betrayal, violence, and death await him there.  He seems to be on the losing side, but in the end his work of healing and creation will long outlast Herod and all those like him.

This is what Paul is telling the Christians in Philippi.  We can trust the promise of the coming Savior, and we must stand firm in it.  Believers, Paul says, are citizens of a kingdom that is not earthly.  The power of Christ, the divine power that creates, transforms, and unites all of creation, will bring us to the fullness of life that Jesus promised.

Today’s psalm has some beautiful language about God’s steadfast love and faithfulness towards us, but it was the words from Psalm 90 that kept resonating in my head as I was working on this sermon:  “For a thousand years in your sight are like yesterday when it is past, or like a watch in the night” (Ps 90:4).  And in the second letter of Peter we read:  “…with the Lord one day is like a thousand years, and a thousand years are like one day (2 Pet 3:8).  So while gravitational waves from 1.3 billion years ago and a story about a man who lived 4,000 years ago may seem difficult for us to connect to, for God they are part of a cosmic narrative that is both past and present, then and now.  Our story is part of the creation story just like that of Abraham or the black holes of space.

The Genesis story tells us that Abraham’s obedience was reckoned to him as righteousness.  Although there would be challenges and some very human failures in his future, he accepted that the covenant would hold, and he was right.  Salvation history proved it.

Jesus’s obedience was total.  He set his face towards Jerusalem knowing that at the end of the road was the cross.  Knowing that his own death was certain, he continued to teach and heal and draw his children to him along the way.

For most of us, as for Abraham and the Christians in Philippi, obedience is a constant struggle.  But during Lent we do our best to gather our resources and follow Jesus on the way to Jerusalem.  Although we strive to stand firm, as Paul instructed, we know that, no matter how good our intentions, we will not be able to follow Jesus all the way to the cross.  But if we are obedient and faithful, somewhere along the Lenten way we will meet him; he will teach us and heal us and draw us to him too.  This is our comfort and our hope.  The promise does not fail.